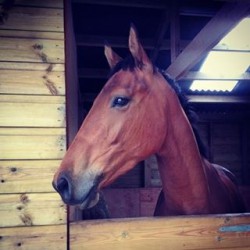 Hal was bought by myself and Dad, he was a very quick purchase to replace spin. I have never met such a character in my life. He absolutely loves life and humans! He is everyone’s best friend. We purchased him from a field full of lovely young stock at the wilderness stud in Somerset. He has been the most rewarding horse and has never put a hoof out place.

Hal has a few months of light competition in 2015, and will look to go out into the Event circuit early spring 2016, I have produced this horse slowly with his future in mind, he tries so hard it would he too easy to overdue this horse so I always have to keep his age in the back of my mind. 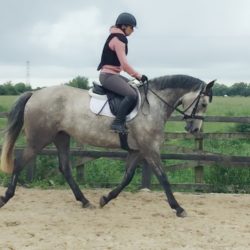 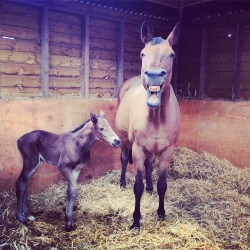 Born 14/4/2016 our second homebred. Another Cevin Z baby out of my event mare EX Ondine. 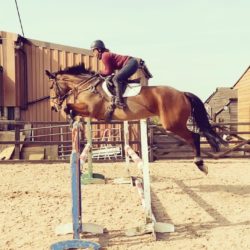 Lily is my last Arrival- my first purchase from Ireland – something which I’ve been wanting to do for a while.
lils owner contacted me wanting to find her a competitive home to bring out her potential- with amazing breeding (cruising and clover hill) I couldn’t let her slip through my fingers.

3 days later she arrived and keeps getting better and better every week. She can SERIOUSLY jump and is as brave as a lion. After working day and night keeping the business running through covid I purchased lily for myself to compete to make all the hard work worth while- she will be sold ONE DAY, but for now she’s mine to bring up through the levels.

welcome to the team beautiful girl.

He had THE MOST adorable temperament- we call him the Labrador of the yard. In between cuddles he’s training to become an event horse.

Once Charlie’s seen the world in 2021, he will be looking for a forever home, in the mean time we will be building muscle and enjoying every second of training him-

Special boy with a big future

The sweetest mare we’ve ever had in, we are building her up slowly and once she’s seen the world in 2021 we will be looking to find her a fun competition home.

she’s so much fun to work with and absolutely loves life. Millie is yet another amazing mare scored but kylie who we’ve worked with a lot and in the past.

The futures bright for this little ball of fun 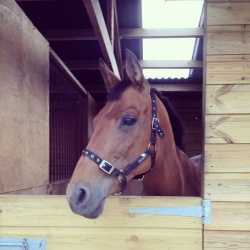 Loulou is my forever horse. She gave me the eventing bug and has taught me the most influential life lesson. DONT GIVE UP.

Shes taught me to pick myself up and dust myself off many a time. She’s the unluckiest horse in the world and I hate letting her out of my sight! We nearly lost her through illness a few times but she’s a Marsh through and through.

Loulou is bred very well and in 2014 we hung her eventing boots up and decided to put her in foal to Cevin Z, she produced the most beautiful foal in 2015, born on Easter Sunday (Bunny) And then the following year give brith to our second homebred Bea.

Loulou is now semi-retired and just pops out to nanny the breakers on the road every now and again. She is most definitely the yard pet and we wouldn’t be without her. 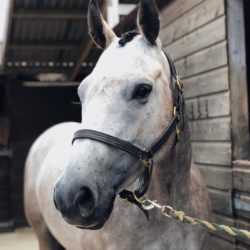 Raz was a pre-lockdown purchase which meant we made it out competing before the world shut down on us.
I purchased Raz to produce to event- however she really didn’t love the jumping so I continued to train her on the flat so she could find herself a dressage home in the future. She was incredible in all of her competition coming home with lots of placings and some fantastic percentages.

we have now found her, her forever home and I couldn’t be more pleased at where she has ended up. We look forward to seeing her flicking her toes out and about in the future. 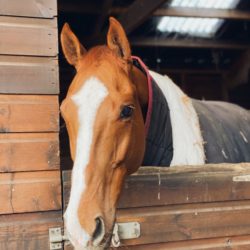 What a boy- Trev joined us in the first Lock down.
the minute I had my first sit on I knew we had a diamond in the rough.
I had SO much fun training this horse, unlimited scope with trainable brain and loved a cuddle.
As soon as we were allowed back out we entered him up, he was an absolute gem out and about and very quickly found his new home.
We miss him dearly but adore watching him having a lot of fun with her new mummy 🙂 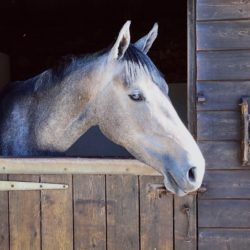 3yo Noosa arrived with us May 2020. owned by myself and Kaitlin Woods, she will be backed as a 4yo and produced to event she has great confirmation, breeding and a temperament to die for, we are very much looking forward to the future for this filly.

she is by Urkel (the same sire of olympic event horse Quicklook) out of a mare by Krack C.

watch this space for updates. 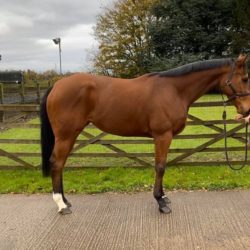 Annie arrived with us as a 4yo, she wasn’t with us long before being scooped up.

she was the sweetest mare with perfect confirmation and I cant wait to follow her future. 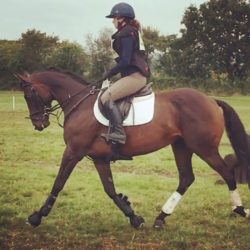 Kiki come to us as a 5yo, I produced her for 9 months before finding her the perfect home to enjoy her new life as an event horse. 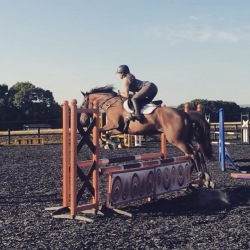 Jenny is a new 5yo to us, she is being aimed at the 2019 event circuit. She has had a late starts in life so is a blank canvas which I love.

Her flat work is importing daily, she has huge scope and has just started xc schooling, she has a huge future ahead of her, we are very excited to see where she ends up. 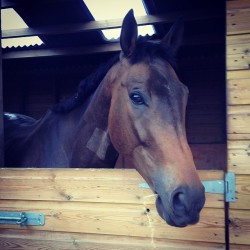 Where do I start with Rocky. I picked Rocky up through pure pitty, I turned up to see him after seeing his advert with a complete open mind. I looked straight at him and before even sitting on him I knew I had to take him away from his current home in a dealers yard!

He had pure terror In his eyes! It wasn’t until I got him home that it hit me what I’d taken on. Rocky started life racing with some lovely trainers who I’ve been able to track down. However he ended up being too slow and getting into the wrong hands.

Within a few months of rocky absolutely hating life it was time to face facts. I hoped it was all behavioural issues through lack of trust from someone putting him through hell and back. Our team vet Cary’s payed our man a visit and we took him up to the hospital. After a scan it was discovered Rocky would need 2 huge spinal operations to give him a second chance at life. He had 7/9 kissing spines. We had to make a decision pretty quickly, Dad looked at me and without saying a word he knew what my answer would be! I knew I had to help this horse, I had to give him the chance.

Rocky underwent two huge operations and after 4 months box rest and some major TLC he is one of the most special horses to me. He’s started his retraining work and has turned a huge corner! Whatever happens with rocky I know I did right by him giving him this chance, he’s such a happy and thankful horse.

You can find a more in depth version of Rocky Story on the News page.

Rocky has evented the past few years but as of 2018 he will campaign out on the showjump circuits with me.